Avenue Calgary selects the city’s Top 40 Under 40 every year. Congratulations to Branch Out co-founder Crystal Phillips on making the list!

After being diagnosed with multiple sclerosis at the age of 19, Crystal Phillips, an Olympic speed skating hopeful, was determined to find a natural way to help her body heal. Her drive has led her to help develop an academic field of study now known as neuroCAM, which is funded exclusively by her charity, the Branch Out Foundation.

Back in 2005, only months after learning she was an early hopeful for the 2010 Olympics speed skating team, Crystal Phillips got another piece of news that would change her life.

At 19 years old, she was diagnosed with multiple sclerosis, a condition that causes irreversible deterioration of the nervous system. She was told she would probably never skate again. “[Prior to my diagnosis,] I felt extremely resilient and somewhat unstoppable,” she says.

With the determination of an elite athlete and after several months of therapy, Phillips found the strength to tie up her skates and start competing again, until she had a major relapse in 2006 and then again in 2009. After years of drug therapy with harsh side effects and little to no impact on her unpredictable disease, Phillips decided to take a more natural approach by focusing on nutrition, herbal medicine, massage, some acupuncture, chiropractic and neurofeedback training.

“Not only did I feel better, but it made sense to me,” she says. In the five years she has been off of conventional treatments, Phillips, now 29, has not relapsed. “I realized that there were a few gaps in the system: a lack of high-quality research, awareness and credibility for some of the more natural approaches to healing the nervous system,” she says.

To fill those gaps, Phillips, along with co-founder Graham Daw, started the Branch Out Neurological Foundation in 2010 with the goal of funding a new field of study they called neuroCAM (neuroscience plus Complementary and Alternative Modality). Branch Out is operated by Phillips and more than 50 dedicated volunteers who raise money exclusively through fundraising events like a major bike tour and snowshoe tour. This past June, the foundation hit its first million-dollar fundraising milestone and is currently funding 38 students’ neuroCAM research at universities, mostly in Alberta and Saskatchewan.

While Phillips didn’t set out to be a rebel in the medical world, she is making changes. “It’s more a matter of working with the current medical system so there’s research in all the areas of therapy and medicine,” she says.

Phillips hopes the neuroCAM research will help make the future a little brighter for the hundreds of thousands of Canadians living with neurological disorders.

“To this day, I never picture myself in a wheelchair,” says Phillips. “I don’t believe that will be my future.” Instead, she envisions a future where, within the next 10 years, Calgary is home to a world-renowned neuroCAM research centre. – Nicole Halloran 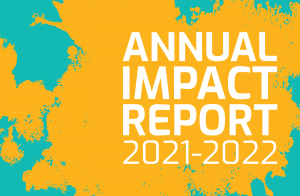